Tai Chi’s dance-like movements often seem deceptively gentle to observers, who frequently think that a Tai Chi workout cannot build strength – but, in fact, Tai Chi can build strong muscles quite effectively. It is, after all, a true martial art despite its focus on low-impact movements, poses, and breathing. One of its early practitioners earned the sobriquet “Invincible Yang” because of the fighting power Tai Chi gave him – clearly, the discipline can produce a vigorous, strong body capable of powerful exertions. 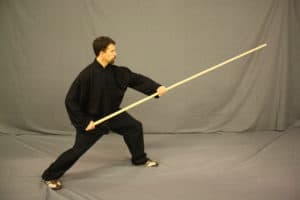 Tai Chi is particularly good for strength building because it is a mild exercise form with a very low risk of injury. People ranging from the frail to the muscular can use it with practically no risk of hurting themselves. Thus, it can be used for increasing muscle tone in the elderly and the infirm as much as in an energetic, slender youth.

Specific ways to use Tai Chi for bigger muscles and strength

Tai Chi is not designed to create bulging “weightlifter’s” muscles. Instead, it tones and strengthens the whole body, keeping all parts in balance and improving coordination and endurance. Nevertheless, there are some specific techniques that add more muscle mass than typical postures or motions.

One of the most important of these is Silk Reeling, based on the movements needed to pull silk from a silkworm’s cocoon. There are numerous silk reeling exercises, some based on a single arm and some on both arms moving in a coordinated fashion. The movements are designed as a combination of long, smooth pulling motions with the arms and alternate thrusts with the legs, moving the body in a spiral fashion that mimics the shape of the yin-
yang symbol.
Many Tai Chi trainers offer programs specially tailored to athletes, dancers, and others who need to improve their muscular strength as well as boosting their dexterity and inner harmony. These professionals should be sought by those who want to use this spiritually refreshing art for the direct improvement of their strength and endurance.

Though it is a divergence from the Chinese tradition, some who enjoy Tai Chi today and want to build strength faster combine the martial art with Western style resistance exercise. This can be done quite easily by donning wrist weights, arm weights, leg bands, and a weight belt, and then carrying out a normal Tai Chi routine. It will still be possible to carry out all the usual Tai Chi poses, but the weights will increase muscular effort and build your Of course, this technique raises the risk of injury somewhat, and should only be used once you have already attained some skill in Tai Chi and have used the exercises long enough to improve your fitness and muscle tone. In short, weights should not be used immediately when beginning Tai Chi, but should be added after a time as a further development of your workout regimen – and a boost to your muscle building efforts with this centuries-old Chinese martial practice. 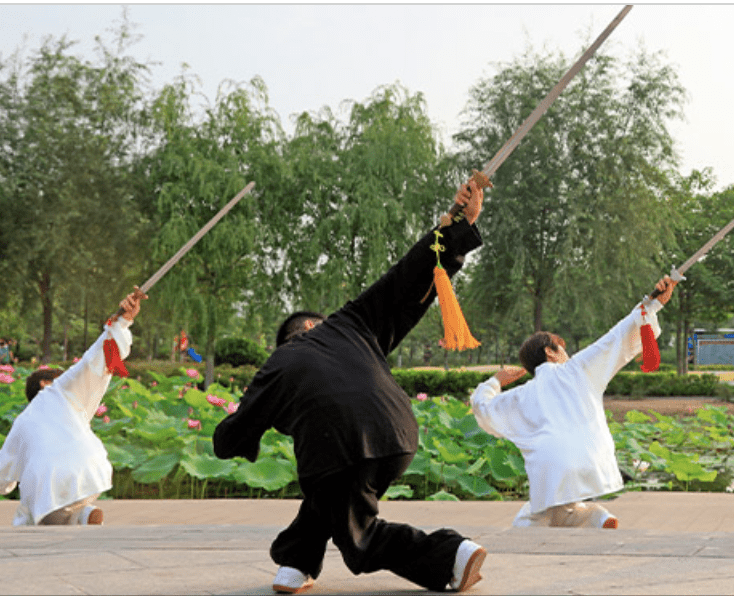