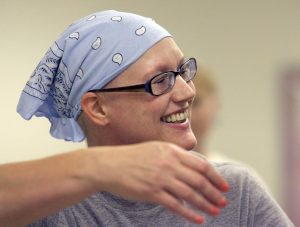 The incidences of cancer in all of its various forms has been on the rise for years, the more modernized our society has become; the more we are exposed to an unlimited number of carcinogens and toxic substances. But despite all of this, the medical community is still using a number of treatments to ease the suffering of their patients that may in fact be far more damaging and unpleasant than the disease itself. However, in recent years more doctors are turning to Tai Chi for cancer patients as a form of therapy.

There are many different reasons why using Tai Chi for cancer therapy has been proven to be successful in helping to relieve many of the side effects associated with the various forms of chemotherapy and radiation treatment currently in use.  The form of Tai Chi being used is the same style that you can see being practiced in the parks seen in towns and cities throughout China by large groups of people of all ages and both sexes.

One of things that has attracted more doctors and patients to using Tai Chi for cancer as a therapeutic treatment is that the forms can be adjusted to fit both standing and sitting patients. In this manner it is possible for practically anyone that is not bedridden to be able to practice at least some of the forms and as they regain their strength and stamina, move on to practice even more of them.  The slow, gentle movements that are the main focus of Tai Chi are ideal for those who find themselves in a weakened state after chemotherapy treatment.

This treatment can lead to a host of physical ailments ranging from a general feeling of malaise, nausea, muscle weakness and loss of stamina to loss of feeling in extremities and a loss of balance. While not everyone will suffer from any or all of these symptoms following treatment, the vast majority of those undergoing these treatments will tell you that they experience several of them for quite some time after each treatment.

Using Tai Chi for cancer therapy relief has been found to help rebuild stamina and muscle tone, which in turn can help to restore balance. While these are some of the physical advantages, there are far more important benefits. As a part of Tai Chi you will learn to meditate and master control of both your mind and your body. This can help the cancer patient learn to control the pain that is an inclusive part of many cancers without the need for pain medications.

As more studies are conducted into the use of Tai Chi for cancer patients, it is becoming more apparent that this ancient Chinese martial art has far more to offer than just a fighting style and a form of aerobic exercise. It is expected that more oncologists will soon begin to include regular Tai Chi Chuan classes and practice as part of their complete treatment recommendations in the future.