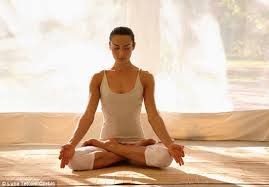 Thanks to the press received regarding celebrity Michael J. Fox, most of are now at least somewhat aware of Parkinson’s disease and the devastating effect it can have on the human body. As this disease progresses those who suffer from it can lose their ability to walk, suffer from severe body tremors and no long be able to take part in many of the physical activities that they were once able to enjoy.  While medications and in some cases surgery have long been advocated, doctors are now looking at using Tai Chi for Parkinson’s disease patients.

There have been a number of recently conducted studies concerning the effectiveness of Tai Chi for Parkinson’s disease sufferers and whether or not this type of exercise can be beneficial.  One of the most recent was conducted by Fuzhong Li at the Oregon Research Institute. In this particular study a group of 195 patients suffering from various degrees of Parkinson’s disease. The study group was divided in to one set that would undertake twice weekly Tai Chi classes for a period of six months and one that would take part in resistance and stretching classes for the same period of time.

Reseach on tai chi for parkinson’s…

As with most research studies a final evaluation was completed at the end of the course and it was noted that those who had taken the classes designed to teach Tai Chi for Parkinson’s disease demonstrated major improvements in areas such as balance, range of motion, overall body control and mobility. Chief among the many benefits of the Taiji classes was the fact that most patients’ overall sense of balance was far better, resulting in a reduction in the number of falls experienced, a very important factor given the high number of seniors who develop higher levels of Parkinson’s disease.

As further evidence of the fact that partaking in Tai Chi for Parkinson’s disease can be very beneficial to those with this very devastating disease, is the fact that these improvements were seen to continue increasing for at least three months after the research study was completed. While many medical professionals still doubt the validity of using Tai Chi as a form of treatment for Parkinson’s, the more research that is conducted, the more obvious it becomes that for many patients this ancient Chinese martial art can be successfully used as a form of therapy or treatment to help relieve the symptoms and allow them to enjoy a much better quality of life.

Check out the First Section of The Sam Tam Form

Similar Articles on the Benefits of Tai Chi:

Is Tai Chi for Depression Effective?